Since I’m not a big fan of starting a series and not finishing it, I changed the topic a bit and made it into finished series I want to read! Do help me out and tell me what you think about the series’ below.

Should I read it or not?

END_OF_DOCUMENT_TOKEN_TO_BE_REPLACED

Warning: There will be feels. There may be tears.

END_OF_DOCUMENT_TOKEN_TO_BE_REPLACED

Beware all these authors are amazing geniuses and you will buy there books no matter what they write about. You have been warned.

END_OF_DOCUMENT_TOKEN_TO_BE_REPLACED

Miedjel: The Gallagers and The Heist! I love spies so when I came across this, I knew I just had to read it. The Heist though is a little different because they’re not spies but thieves still I love it anyway.

Erika: The Infernal Devices is very close to my heart. It is the series that kick started my addiction to reading! William Herondale will always and forever be my first boyfriend. TMI is great as well. Excited for the tv show! PS: Matthew Daddario is love. 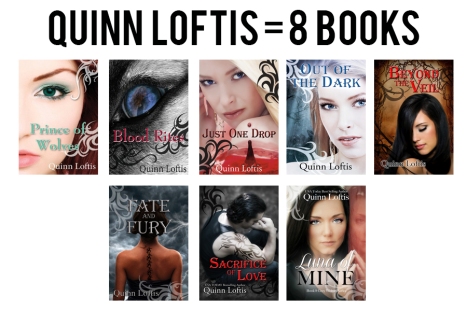 Miedjel: The Grey Wolves series! I’m not sure if you guys know this but I love werewolves and this book was about them so I was sold. The writing of these book were amazing by the way! 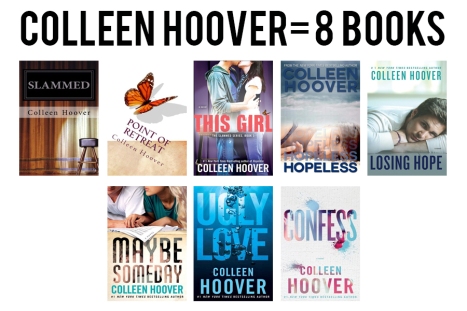 Erika: Colleen is the NA/Contemp Queen. I love her. I will read anything she writes. ANYTHING. Maybe Someday is my favorite from her but Slammed and Hopeless is a close second. I’m meeting her next month! AHHHHHHHHHHH!!!

END_OF_DOCUMENT_TOKEN_TO_BE_REPLACED

The Wrath and The Dawn by Renee Andieh

Summary: A sumptuous and epically told love story inspired by A Thousand and One Nights

Every dawn brings horror to a different family in a land ruled by a killer. Khalid, the eighteen-year-old Caliph of Khorasan, takes a new bride each night only to have her executed at sunrise. So it is a suspicious surprise when sixteen-year-old Shahrzad volunteers to marry Khalid. But she does so with a clever plan to stay alive and exact revenge on the Caliph for the murder of her best friend and countless other girls. Shazi’s wit and will, indeed, get her through to the dawn that no others have seen, but with a catch . . . she’s falling in love with the very boy who killed her dearest friend.

She discovers that the murderous boy-king is not all that he seems and neither are the deaths of so many girls. Shazi is determined to uncover the reason for the murders and to break the cycle once and for all.

My formula in life:

The Beginning of Everything by Robyn Schneider

Summary: Golden boy Ezra Faulkner believes everyone has a tragedy waiting for them—a single encounter after which everything that really matters will happen. His particular tragedy waited until he was primed to lose it all: in one spectacular night, a reckless driver shatters Ezra’s knee, his athletic career, and his social life.

No longer a front-runner for Homecoming King, Ezra finds himself at the table of misfits, where he encounters new girl Cassidy Thorpe. Cassidy is unlike anyone Ezra’s ever met, achingly effortless, fiercely intelligent, and determined to bring Ezra along on her endless adventures.

But as Ezra dives into his new studies, new friendships, and new love, he learns that some people, like books, are easy to misread. And now he must consider: if one’s singular tragedy has already hit and everything after it has mattered quite a bit, what happens when more misfortune strikes?

Robyn Schneider’s The Beginning of Everything is a lyrical, witty, and heart-wrenching novel about how difficult it is to play the part that people expect, and how new beginnings can stem from abrupt and tragic endings.

I’ve always wanted to buy this but I kind of always hesitate but then Robyn went here for a book signing so it was time to buy the book! I love how Ezra is smart (all of Robyn’s boys are smart) and also the ending of this book broke my heart.