Title: The Summer I Turned Pretty

Belly measures her life in summers. Everything good, everything magical happens between the months of June and August. Winters are simply a time to count the weeks until the next summer, a place away from the beach house, away from Susannah, and most importantly, away from Jeremiah and Conrad. They are the boys that Belly has known since her very first summer–they have been her brother figures, her crushes, and everything in between. But one summer, one terrible and wonderful summer, the more everything changes, the more it all ends up just the way it should have been all along

“Would you rather live one perfect day over and over or live your life with no perfect days but just decent ones?”

I love books about summer so it was only right to read this book. The moment I started reading, I was already laughing so loud. I love the relationship of Belly and Steven. They are siblings that are close to each other which I can relate to because I’m close with my siblings too.

“On the way out Jeremiah turned around and danced a quick jig for me and I couldn’t help it, I laughed. Over his shoulder Conrad said,

When they arrive at the summer beach house.. HELLO HOTTIES!! I met Conrad and Jeremiah. Okay, so how lucky is Belly?! Going to a beach house every summer where two hot brothers reside. THAT IS THE LIFE. They’ve known each other since they were babies and they practically grew up together, they’re really close. Belly has this huge crush on Conrad ever since. He doesn’t see her that way. His always treating her like a sister but the moment she went out of the car THAT particular summer. Everything changes. She was all grown up now and pretty not the small kid no one used to notice. So the instant the brothers saw her.. I could just feel the air change. It made me giddy on the inside. I loved it!! There are a lot of hot guys in this book! You will be filled with so much eye candy.

The beach house was absolutely beautiful! I love how Susannah– the mom of the boys, cooked for them. I love how on certain days, they would eat the leftovers for that week. It just feels so fun and carefree being in that environment.

I’m annoyed with Conrad because he keeps hiding his feelings even when it was painfully obvious he likes Belly. MAN UP, CONRAD! Belly is a beautiful girl inside and out so if you don’t get your game on.. someone WILL get her. *wink**wink*

“I didn’t dare look at Conrad. I was afraid my love for him and my need for him to say yes would be written on my face like a poem.”

I also got annoyed at how Belly just kept on whining. I don’t want her to be whiny all the time. It just proves Conrad’s point that she is still a kid. I’m screaming at her to not make herself too available. Let him see what he’s missing out!!

A twist happens that I loathed. I didn’t want it to happen but it did and it made me extremely sad. 😦 Guys, read this so we can be on the same page!

“It’s hard to throw away history. It was like you were throwing away a part of yourself.”

I love scenes where its obvious someone is jealous. It just makes me happy. It just proves my point that someone likes someone!! It makes me say, “Stop acting and get real already!!”

This book just made me smile and laugh the whole time. I’m such a sucker for summer romances. It was just such a light read. I devoured it in hours.

“I love Conrad and I probably always would. I would spend my whole life loving him one way or another. Maybe I would get married, maybe I would have a family, but it wouldn’t matter, because a piece of my heart, the piece where summer lived, would always be Conrad’s.”

The ending was the best!!! I was elated to read it. It was amazing.

4 thoughts on “Erika’s POV: The Summer I Turned Pretty by Jenny Han” 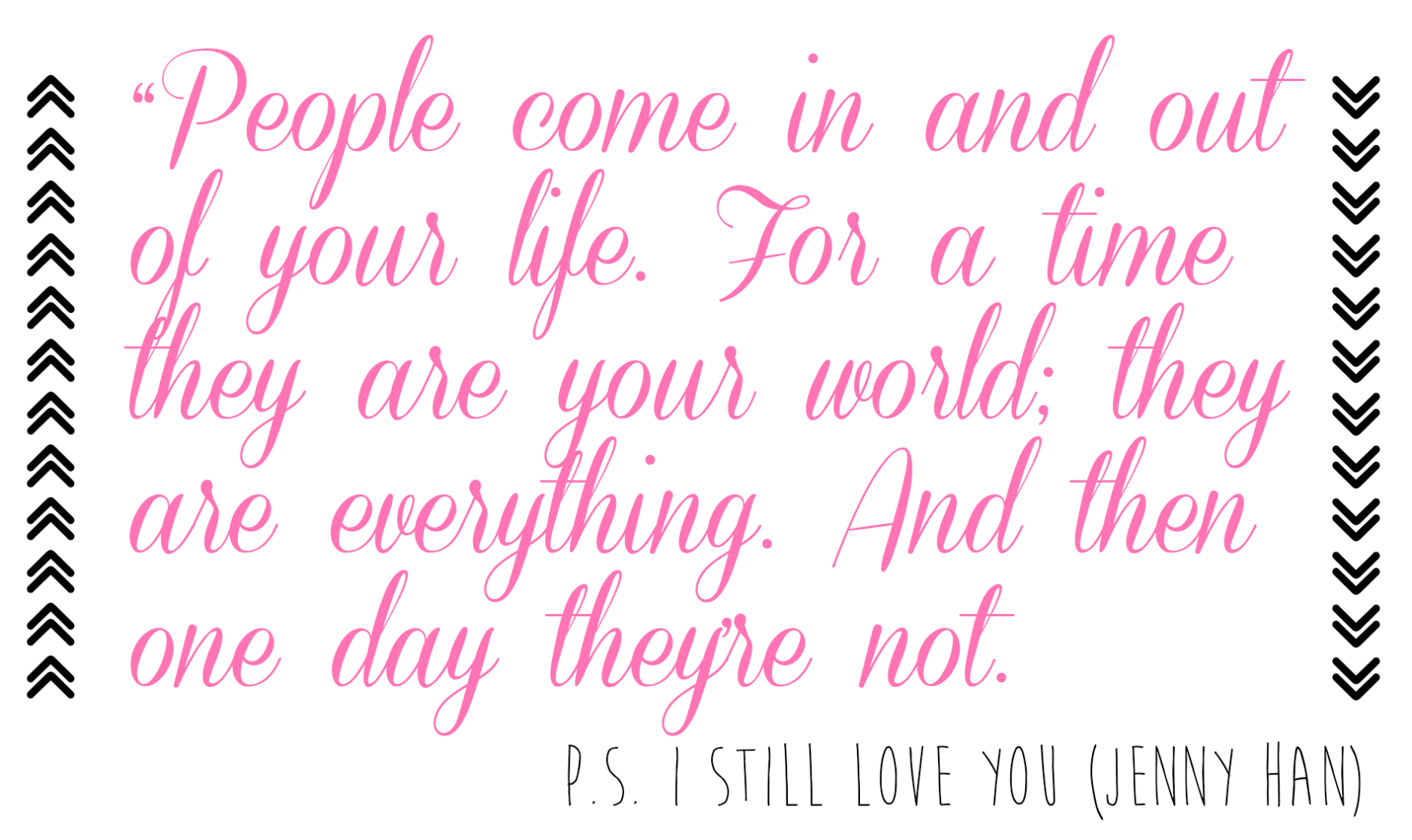